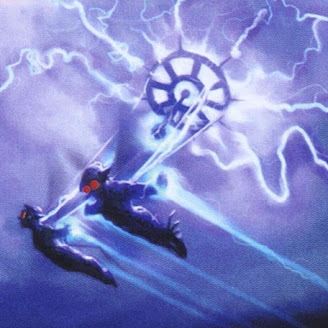 Played yugioh for years. Decks I use are Blackwings, Melodious, and Resonators. I haven't gotten really serious until Spring 2012, where I found a couple students at college that played yugioh and taught me a bunch of the rules

Just recently started Magic the Gathering in winter of 2016. I got a deck from a friend at church that is a red/white deck that runs heavily on creatures' heroic abilities and a mono red deck that I put together from scratch.

I have been a member of the Church of Jesus Christ of Latter-Day Saints since July 12, 2015, found by Sister Paw and Sister Foster and was baptized by my friend Louie Lozano, a returning missionary who I have known since we were in 5th grade. Since then, I’ve met many great people while attending church every Sunday and building a testimony that my redeemer lives. I go to church every Sunday from 9 A.M. to 4 P.M. and visit several wards (I still say Santa Gertrudes Ward is one the best wards ever, despite being the Mar Vista YSA Ward in Granada Ward boundaries).

June 5, 2016, I was sustained to Melchizedek Priest to the office of an Elder, and one week later on June 12, 2016, was ordained by Adam Dunford. Can’t believe I’ve made it this far! While going to church every week, I learn a lot about myself and grown to be so different from who I was 2 years ago. I was called as one of two Gospel Essentials teachers a year ago and have enjoyed working with students and learned so much about the Gospel in the process.

All Questions Answers
Votes Newest
11 Is it safe to assume most weapons come with respective scabbards unless otherwise stated? Nov 3 '17
4 What do I do if a player attempts to use Handle Animal vs an animal companion? Oct 3 '17
3 If a character attacks someone and the target is not aware of their presence, does the target lose their Dex bonus to AC? Sep 30 '17
2 What are the rules for determining pregnancy? Oct 16 '17
1 How does alcohol affect a character? [duplicate] Oct 31 '17
1 Can your favored class be used for filling the gap between other classes? Sep 13 '17
-1 In 3.5, do ranger spells count as arcane spells or divine spells? Sep 18 '17