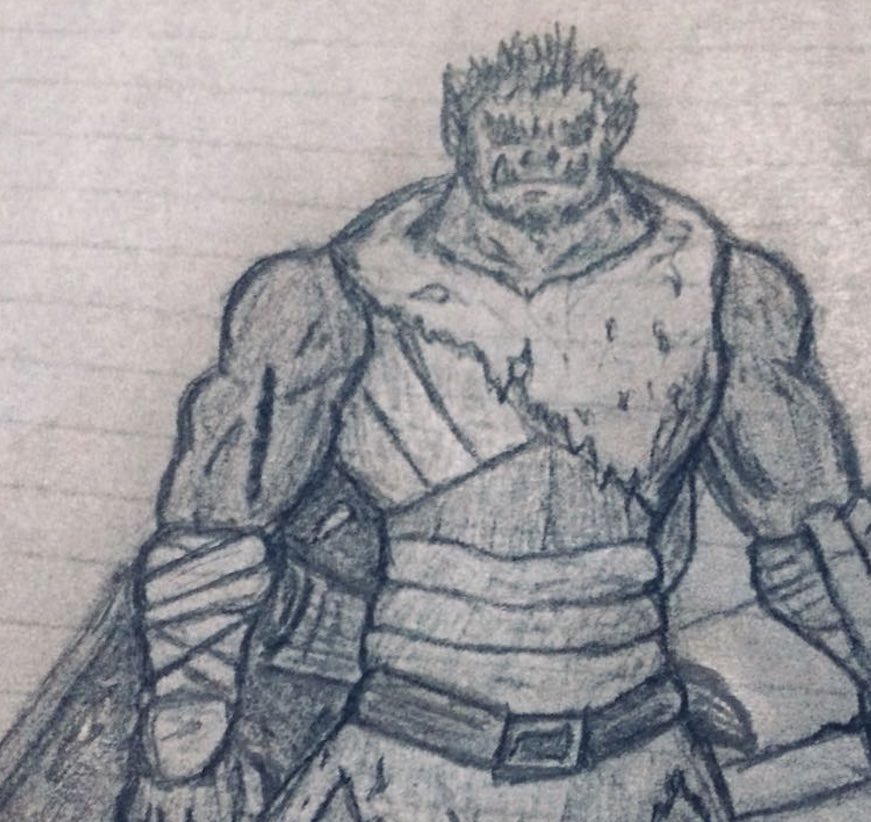 Experience. Playing D&D (5e) since November 2017: as DM for two different groups in a homebrew campaign and as PC in various other homebrew worlds.

Background. In real life I'm kind of a pacifist bard/monk, with a scholar background and the grappler feat. I have a fascination for understanding (musical) systems and creating my own to inspire others to think more freely.

My avatar is a drawing of Vadruk, a kind but paranoid young half-orc ranger: my first ever D&D character.

All Questions Answers
Votes Newest
30 Does a fighter's Action Surge trigger Extra Attack? May 4 '18
30 What are the mechanical consequences that arise for a PC with the undead creature type? Nov 21 '18
27 Optional rules for a DM to compensate for lack of healing in party? May 19 '18
26 As a player with ADHD, how do I avoid disrupting the game? Nov 27 '18
24 Would 'Detect Magic' reveal spell scrolls? Apr 25 '18
23 How do I make a tanky Monk? Nov 1 '18
23 True Polymorph: can a player use legendary actions of its new form? Apr 4 '18
21 Can a 6th level monk choose to not deal magical damage with unarmed strikes? Apr 13
20 What are the options for player characters to create traps? Apr 15 '19
19 Does Improved Divine Smite trigger when a paladin makes an unarmed strike? Mar 1 '19
View all questions and answers →