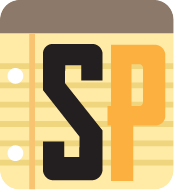 Scratchpad Publishing is an independent games publisher founded in 2016 by Rodney Thompson with the purpose of publishing tabletop board, card, and roleplaying games.

Scratchpad Publishing's first release, Dusk City Outlaws, is an Origins Award-nominated roleplaying game about heists, cons, and other thievery set against the backdrop of a massive fantasy city. The company's second release, Spectaculars, is a roleplaying game of comic book superheroes where you create the setting as you play through the game.