How can I, as a GM, make players with different playstyles be more moderate?

I'm a GM for this group of players playing Pathfinder 2e, and we're playing an adventure where they are supposed to be city guards. Now, one of the players is taking it to an extreme level of seriousness which, while in theme with the adventure, is in contrast with the others, who are a bit more light-hearted (some much more light-hearted).

A couple examples to understand the opposites: one of the most light-hearted players is playing a character that, while being a guard, doesn't really have any business being a guard. No attitude, no mindset, no competence, and the serious player kinda has an issue with that (I suspect both in and out-of-game, but IDK).

On the other hand the serious player, while trying to get an idea about how to infiltrate a possible crime scene, thinks of any possibility (even becoming stuck on speculations or random details) and can take an entire session just thinking about how to do a thing (possibly without even doing it because of the repercussions that may happen)

Now we're having an asynchronous conversation to try and see each other's point, and while I'm trying to suggest each player to act in moderation, I don't know if that will work. In that case, what could I do about it?

The first thing to do is talk to the players. They should both be made to agree that minor compromises for the sake of everyone having fun. If everyone fights everything that you do, it won't be as fun.

Serious vs light guards is common

One book series I find very inspirational when talking about guards is Colon and Nobbs from Terry Pratchett. 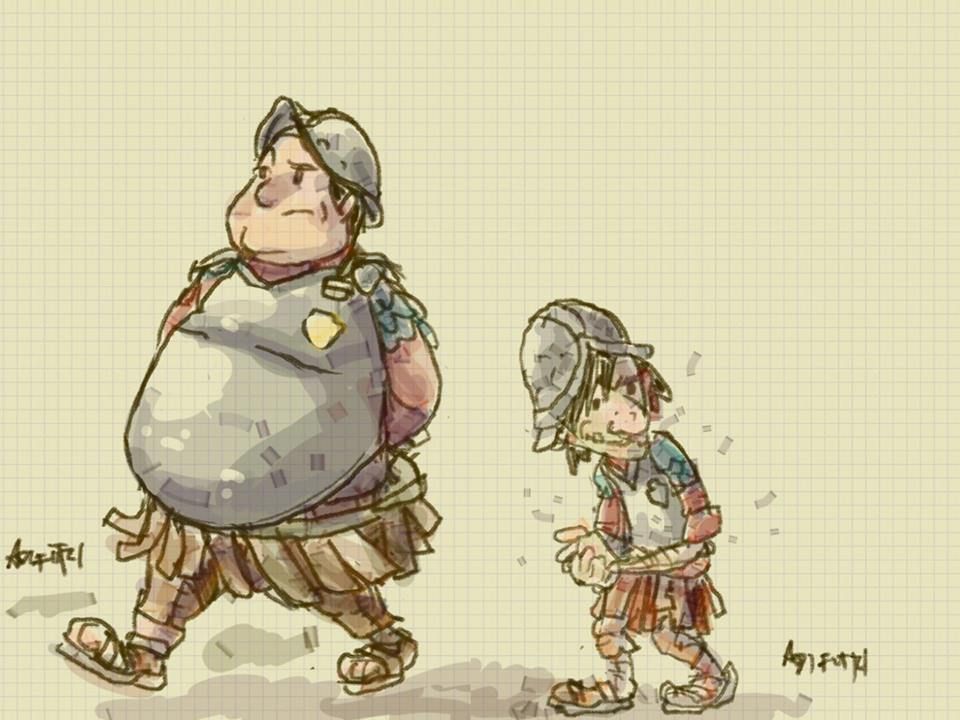 They steal from their office, they aren't good fighters, they make rude and silly jokes, they take food bribes from lots of people for their service. They are high on the silly end of silly.

But, they also have their ears to the ground. People appreciate their silly nature and don't find them scary as guards. They tell them everything. Several times they save the day with their unassuming natures.

Likewise, Hot Fuzz is a famous and similar example.

Work with your light player to find a backstory for them that works to help immersion. A lot of guards are incompetent and have bad attitudes, but still manage to get the job done when it counts. Work out why the silly one is more valuable than other guards. That way, they'll look a bit more serious without them compromising their personality.

Have reasonable timelimits on ooc actions, and reward bold and decisive action

People spending forever planning is a serious character flaw. If the serious player is doing that, then have it be a thing in story. If they can't make a decision in a reasonable period of time, then ask the lighter player what they are doing, and roll with their plan. Let the serious player spend ages planning, while the other players get stuff done.

Make sure your world isn't so unforgiving that a quickly made up plan will fail, and roll with it. The casual attitude of the lighter player can help solve the problems, and make them useful.

This will encourage them to delay less, as the other players are getting fun scenes while they think.

Talk to the player about spotlight time

As you said, they like thinking a lot and spending a long time planning. Which is fine. But do remind them, there are other players who like to do things, and spending the entire session focusing on solely their concerns isn't fun for the other players. So talk to them.

Say something like "I know you are having fun, but what you are doing is making it less fun for the rest of us. Could you this session hang back more so that others can get a chance to play their characters. It's not that we don't like your character, but we want a chance to play our characters and NPCs as well." And if they chose to keep spending entire sessions focusing the spotlight on their character, you know they're not willing to compromise.

If they want to spend five minutes plotting, that's fine, but that's five minutes of their time in the spotlight. Other players should get a chance to play out their characters after and you should get to use your NPCs, who don't care about planning as much.

Not the answer you're looking for? Browse other questions tagged problem-players group-dynamics social party social-contract .

81
How can I avoid players spending too much time planning?

158
How to deal with players who like to use the local authorities to solve their problems
18
Dealing with a disgruntled player leaving my campaign
12
Combats are difficult to compensate for my tank character, but the rest of the crew suffers
23
An edgy power player wants to dominate all interactions. Should we ask him to leave?
7
Player having their decisions called out as bad ideas too frequently for their liking
17
How do I handle a table mixing up the DM and the players' roles too often?
43
How to deal with DM favoritism toward a player who is able to silence other players in order to avoid being constantly overruled by the group?
16
What do I do if my group isn't gelling?
28
What to do as a DM if my players are in constant disagreement with each other?