The first printing of the AD&D 2nd Edition Player's Handbook (TSR 2101) from 1989 lists the carrying capacities for horses in Table 49 on page 78. "Light" encumbrance causes movement rates to be 2/3 of normal. As an example, this table shows that a Draft Horse would be lightly encumbered moving at 2/3 movement rate while carrying between 261 lbs and 390 lbs. 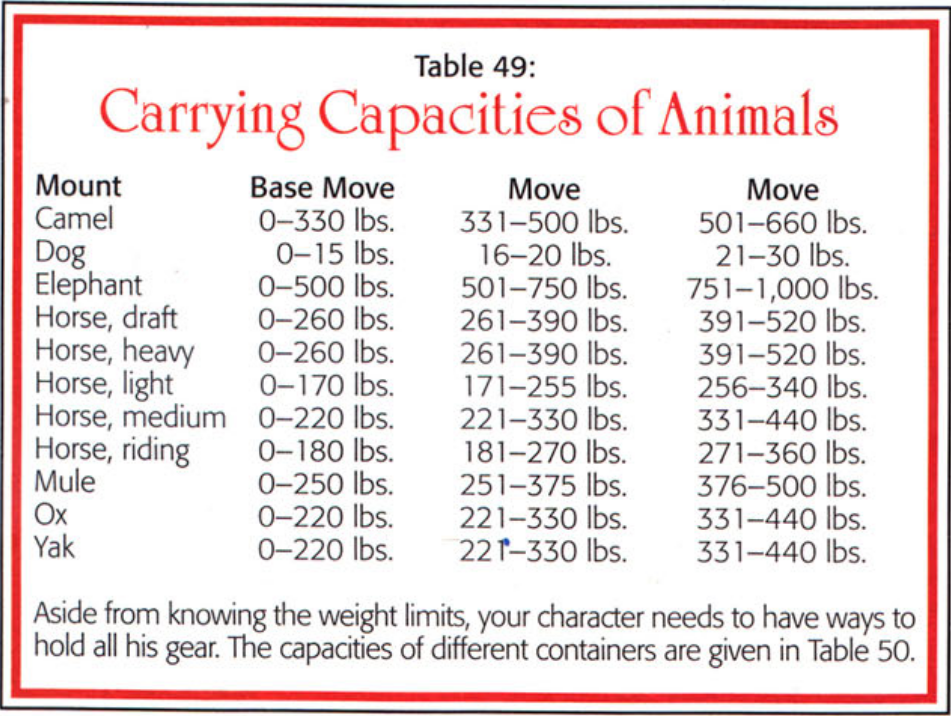 In the second printing of the Player's Handbook (TSR 2159) from 1995 in Table 49 on Page 105 there is a printing mistake which leaves out the movement rate modification in the column headers. The weight ranges in the table conform to the ranges in the 1989 printing (Draft horse is still 261 to 390 lbs.) so one could assumed that the printing mistake was to leave out the 2/3 and 1/3 movement rate modifiers present in the 1989 printing.

The Monstrous Compendium Volume 1 (TSR 2102) from 1989 says the following on the horses page:

On the following chart, the first number is the animal's normal carry-ing capacity, the second is its encumbered, half-speed load, and the last is its fully encumbered, 1/3 movement load.

The Monstrous Manual (TSR 2140) from 1994 on page 194 in Horse Table 1. agrees with The Monstrous Compendium and contradicts the Player's Handbook, again with the same weight ranges, with a column heading for the center column of Half speed instead of Two-third speed 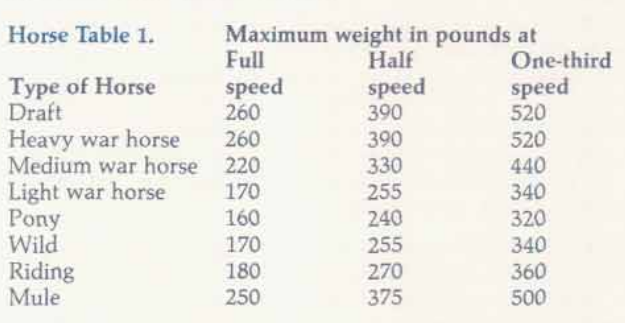 So yes, it's supposed to say "⅔ Move" and "⅓ Move" in the table headings in the reprinted AD&D 2e PHB. It was only omitted because the vulgar-fraction characters (which I've used in the previous sentence, notice, not the approximations made of three character as in "2/3" and "1/3") are special characters that appear to have been lost due to a text encoding error by TSR or their printer — notice how the headings make no sense as currently written, saying just "Move" above both.

As for the discrepancy with the Monstrous/Monster Manual, that's a long-standing error. Resolve it as you like. Because horses and their carrying capacity are mostly relevant as beasts of burden used by the players' characters, rather than as monsters; and because the discrepancy is usually judged to be due to a repeated copy-paste error from 1st edition to 2nd edition that wasn't caught during the editing of either 2nd edition book; the usual ruling is to use the more generous numbers in the PHB and disregard the text in the Monstrous/Monster Manual that discusses ½ movement rate.

Not the answer you're looking for? Browse other questions tagged monsters movement adnd-2e .

11
How do I convert AD&D 1st Edition modules to 2nd Edition?
11
Maximum levels in AD&D 2nd Edition
9
Where do I find a "monster level" for monsters in the AD&D 2nd edition manuals?
12
How fast can you move and still hide?
5
2nd edition AD&D monster stats specifically the Atomie
1
How fast can Mage Hand move an object?
23
How does the dwarven Speed trait interact with the variant encumbrance rule?
6
How fast do dwarves move when encumbered?
18
What is the lowest level at which a human could run a marathon in under two hours?
8
Can a horse really travel over 65 miles per day, according to the rules?