Related: What is considered an object? and What does Use an Object cover?

But the answers therein do not address amorphous matter / fluids. So there is a puddle of water on the ground. Or a lake of lava. Or some spilled soup. Or solar plasma (ewww). Air. Cloud. Farts. Pools of radiance. Molten iron. The T1000 terminator (probably a creature, ain't so).

But I digress. Are portions of amorphous matter/fluids considered objects?

Its whatever your DM decides it is

An object is not defined in D&D 5e except by context and by what it is not: a creature is not an object, a situation is not an object etc. Therefore, we have to turn to common English usage. Feel free to use whatever dictionary you choose, this is from the Oxford English dictionary:

D&D 5e is probably using definition 1 (although the exclusion of creatures may make it more 1.1). Now, we can follow on to the definition of a thing but it doesn't really illuminate much.

Considered philisophically, "an object may be considered as not having real or full existence or value independent of the subject who observes it." In particular:

The pragmatist Charles S. Peirce defines the broad notion of an object as anything that we can think or talk about. In a general sense it is any entity: the pyramids, Alpha Centauri, the number seven, a disbelief in predestination or the fear of cats. In a strict sense it refers to any definite being.

The general sense doesn't seem to be what D&D is thinking about but the strict sense may be.

Before considering the vagaries of liquids or gasses lets just look at the difficulties of solids. I have on my desk right now a bulldog clip: 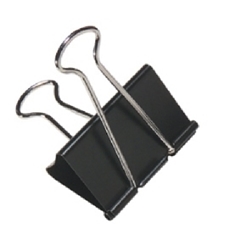 What if instead of disassembling it I broke it into 3 pieces with bolt cutters or an angle grinder? Still one object, or does the irreversible nature of the disassembly change this in some way?

Moving onto fluids, is a bottle of Coke an object? It consists of 4 solid pieces (bottle, cap, cap ring and label) and 2 fluid pieces (the Coke and the air). Is this one object? If I cast a spell that allows me to summon one object do I just get one of these components or all of them?

The Pacific Ocean is an object: "A material thing that can be seen and touched". Is it different in some way from a jug of its water?

So, what's the solution?

Fortunately D&D 5e has a rule for dealing with exactly this sort of ambiguity in its other rules on p.6 of the Player's Handbook: "The DM narrates the results of the adventurers’ actions."

20
Can the Telekinesis spell be used to manipulate liquids?
54
My Wizard is conjuring a piece of the sun. How will this affect my setting?
34
What is considered an object?
28
What does Use an Object cover?

8
Are immobile objects paralyzed?
5
How are Animated Objects created?
12
What are the benefits of worshipping a god? Do alignment differences matter?
14
Are Amorphous enemies affected by nets if they're not immune to the restrained condition?
18
How does Shatter damage objects, if objects are immune to con-save effects?
13
Are objects structures and/or vice versa?
16
Are plants creatures or objects?
10
Are objects subject to critical hits?
0
Are the Soulmonger's Tentacles considered objects or creatures?
3
What objects are considered 'loose'?