How can I determine the rolling curve of this roll under system?

What would the success curve (skill over trait over difficulty) look like?

I've tried various things over excel and AnyDice but cannot comprehend the statistics or get formulas to work.

In particular, the "mean" section of the summary output shows the average number of expected successes per roll for each possible combination of trait and skill values: 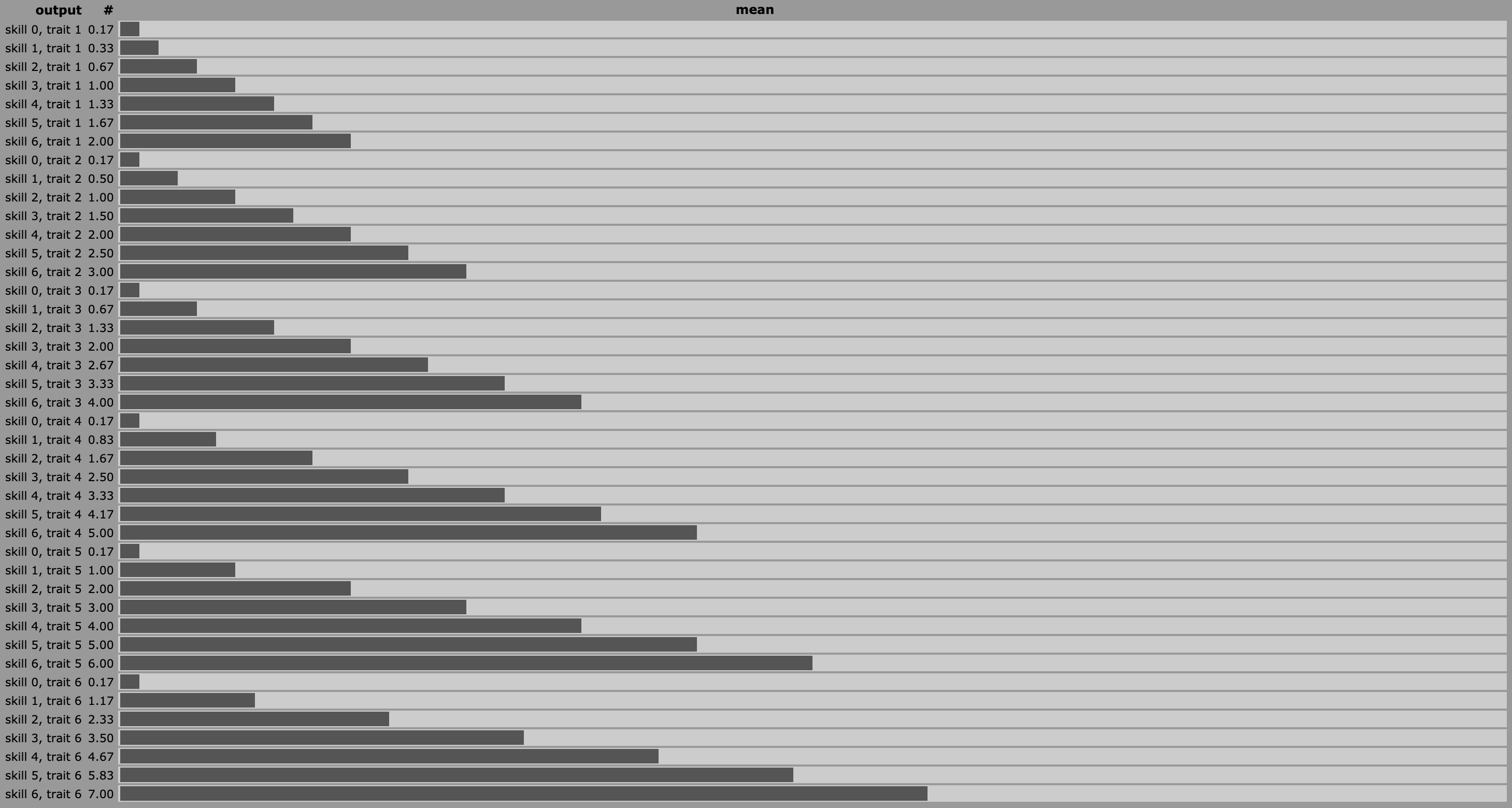 In fact, we don't really even need AnyDice for this, since it's quite easy to calculate the average number of successes per roll with a bit of (mostly) high school level math. Specifically, let \$S\$ be the player's skill and \$T\$ be the trait value. Then:

(BTW, while your system as described doesn't allow a roll if \$T = 0\$, tweaking it to let the player roll \$S\$ dice and count each 1 rolled as one success in that case would make the formulas above valid for \$T = 0\$ as well. That's also what the AnyDice code above will simulate, if you change it to allow TRAIT to be equal to 0.)

As for the exact distribution of possible success counts for each possible combination of skill and trait, the AnyDice program linked above will give you that too, if you switch from the Summary tab to the Normal tab.

One notable feature of your system that's apparent here is that, for trait = 1, the number of successes will always be even. This is because rolling a one will always give two successes, whereas in this case rolling above one will give no successes at all.

Not the answer you're looking for? Browse other questions tagged statistics or ask your own question.

4
What is the average outcome of this opposed roll resolution mechanic?
8
How are a dice pool's probabilities affected by being allowed/forced to add dice then drop high/low dice?
5
Modelling opposed dice pools with a swap
5
Is it still a binomial distribution when rolling dice with different probabilities that must be met to count a success?
2
How do I find the odds in a dice pool contest?
1
How can I calculate the probability of complete success with this mixed dice pool using AnyDice?
10
How can I calculate the sum of 2 random dice out of a 3d6 pool in AnyDice?
25
How to approximate decaying probability distributions with few dice?
3
how to calculate the odds of 5d6 higher than 1d10?